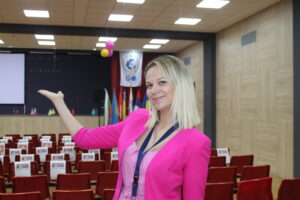 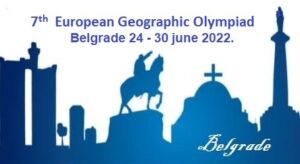 The aims of the Olympiad are to:

The Geography Olympiad of Central, South and South Eastern Europeis essentially an individualcompetition for the studentsfrom  12 to 19 years of age, where their geographical knowledge and skills are tested. The Olympiadis a contest of students of two age groups:

The European Geographic Olympiad consists of a competition, social activities and excursions.

Each participating country sends maximum two teams for each age category group.  A team is made up of four students.

The LOC, depending on organizational capabilities, can increase the number of teams for participating countries.  Every year this is stated in the REGULATIONS of the organizer.

In addition to the students, two adult team leaders are invited:

A). The tests of the Olympiad are as follows:

B). The marks assigned for the Olympiad are:

The three test elements are preferably organized on different days, which may be any day of the week. The examples of previous test questions can be found on the Olympiad’s website.

A). Guidelines for the Tests

The themes from which the questions in the Written Response Test and Multimedia Test of the Olympiadwill be chosen are:

B). The Written Response Test:

The Written Response Test is compiled specifically for both age categories in accordance with the students’ abilities.

C). The Multimedia Test consists of:

The Multimedia Testis compiled specifically for both age categories in accordance with the students’ abilities.

D). The Fieldwork Exercise consists of:

Step 1: a mapping exercise of (a part of) the fieldwork area

Skills that are required during the mapping exercise are:

Students could, for instance, be provided with a base map and asked to add information to it using appropriate cartographic skills.

Step 3:on the basis of the mapping exercise and the analysis of all the information about the case, the participants have to design a spatial plan (map) that tackles the problem presented, and give an explanation of the choices made. The explanation needs to show that the participant has understood the nature of the problem and made connections between theproperties/qualities of the fieldwork area and the suggested spatial plan. In the explanation, the use of graphic material (diagrams, photos, graphs, statistics) is preferred over lengthy texts. The map (spatial plan) is mandatory; the choice of the nature of the additional information is up to the participants. The criteria for marking the final product will be explained to the participants beforehand.  The following products will be marked:

The Fieldwork Exerciseis compiled specifically for both age categories in accordance with the student’s abilities.

The country which sends the students to the Olympiad pays: